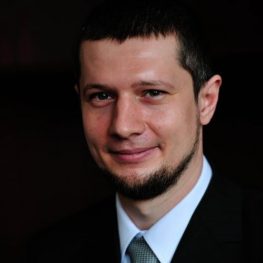 Dragoș Bîgu (b. 1978) is Associate Professor, PhD in the Department of Philosophy and Social Sciences.

He teaches courses and carries out seminar activities in the Business Ethics disciplines (in the bachelor programs, in Romanian and English) and Critical Thinking (in the masters programs).

He has published an author book and about 20 articles on topics of science philosophy and business ethics. He has participated in a series of conferences in the country and abroad.

In 2012, he received a research internship at the Center for Philosophy of Natural and Social Science, London School of Economics and Political Science.